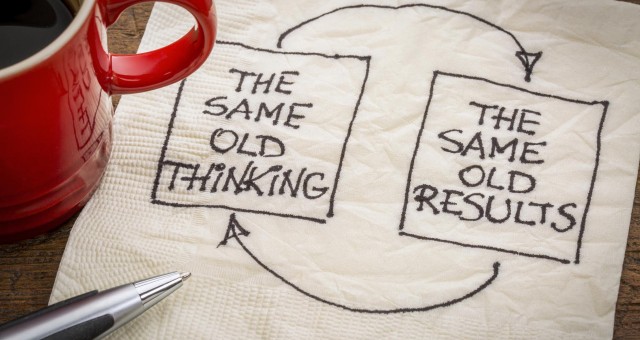 Nearly every person I work with tells me their failures have led to a collapse of their confidence or that if they fail at this opportunity they have been given, it will mean the end of their job or even their career.

But I read this morning that Warren Buffett had donated $2.9 billion dollars to the Bill and Melinda Gates Foundation despite Bill Gates’ announcement that “some of the projects we fund will fail”.   So it’s OK for Warren, Bill and Melinda to fail and lose a couple of billion in the process but not for one of the people I work with.

Of course, it’s not quite that simple.  Implicit in the Bill and Melinda Gates Foundation’s framework is a deep understanding that they are taking on the jobs that governments can’t afford to, that are “wicked” or deeply complex and entrenched problems and that the process of discovery will necessarily lead them down paths that will require adjustment to their strategies and their implementation.

And this is the key to understanding the importance of failure.  There is a very good reason why the most common question in a job interview these days is “Tell us about your biggest failure”.  The interviewers are looking for your ability to be honest with yourself, self-awareness, and what you learnt and how you grew from that failure.  Often, they are looking for an understanding that this failure was part of a journey to the success you achieved later.

And there is no doubt that we learn from these setbacks, these “failures”.  But perhaps Warren, Bill and Melinda’s can provide us with a better understanding of the importance and the context of “failure”.  If we are exploring a new area, in life, or in work, we cannot expect to know everything about this new area.  We will make mistakes that will both enhance our knowledge and understanding.  Often, these setbacks, these adjustments in our strategy, are the only way in which success will be achieved.  Indeed, finding the “right” solution in almost any context is no longer appropriate.  Finding the best solution will depend on a wealth of changing variables that will require us to think flexibly, to learn flexibly and to decide flexibly and understand that the best solution will keep changing.

There is a caveat here: we need self-awareness for these discoveries to be made.  We need to set aside our egos long enough to see where we are wrong, to listen to contrary opinions, to ensure we gather ALL the facts and not just those that prove our point of view, to be willing to explore the negative side of our arguments.  X (formerly Google X and also called “The Moonshot Factory”) is an organisation that has a philosophy of pursuing failure. For every project it embarks on, and its projects are all complex if not seemingly impossible, they start with attempting to find the very things that would make it not work.  Their projects remain on their books for as long as they are unable to prove them impossible.

So for Warren, Bill and Melinda  and for Google it seems that “failure” is the wrong word.  What some would describe as “failure”, they see as an essential part of the journey to success.

I encourage the people I work with to reframe “failure” as a process of discovery in which they will not always be right but they will always be moving forward.  And to understand that their fears are natural and have always been with us.  As Shakespeare said

“Our doubts are traitors, and make us lose the good we oft might win, by fearing to attempt.”